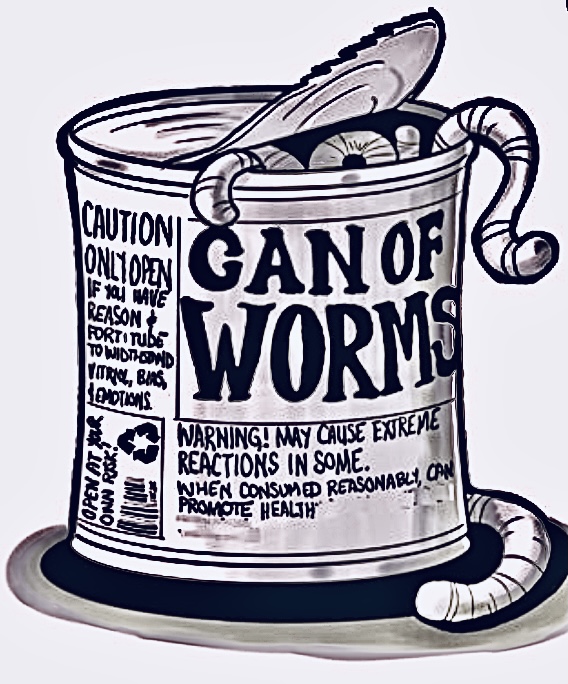 Day 12, and I’m free associating wildly at the thought of writing another post.  Except I know, because I told myself so in my morning journal, that I cannot write what I really want to write.  Because in so doing, I’d be opening up a can of worms so big that I… maybe I can explain by asking you a question.

“Do you tell everyone EVERYthing about you when you talk?”

Yeah, me either.  That would be the conversational equivalent of waking up on any Saturday morning in the fall, and driving down Middle Country Road to the Smith Haven Mall in Lake Grove, where I might park my car next to the Dick’s Sporting Goods, and then I, in a moment of inspiration, might leave my clothes in the car, then walk myself across the promenade, and right into a line at the food court.  Believe me when I tell you that this would be frowned upon by the locals, and likely get me handcuffed by one of Suffolktucky’s finest.

The point being, while I have over the years become a much freer spirit than I was while growing up in Southern California, I am not so free as to allow my whole self to be shown in public without all the appropriate societal filters securely in place.

So why would I let all that hang out in a blog post?

And if you haven’t already closed the lid on your laptop or swiped the screen on your handheld device, let me go one step further by asking, if I won’t write like that on my blog, do you think it would be any easier to do that in a book?

I mean, you would’ve had to figure there’d be more reasons why I haven’t written a book in almost 5 years than just being out of ideas.  In fact, that might have been the problem.  It’s that I’m NOT out of ideas, I just don’t have the willingness to parade my whole, naked self in front of readers, some of whom I still care enough about to not use as a prop in a thinly-veiled story about me.

By the way, for all the blog posts I’ve read, not in just the last 11 days, but over all the years I’ve been writing and reading posts, I have always, in one way or another, appreciated everyone’s honesty, even if I’ve often had to, metaphorically, cover my eyes at some of the juicy parts.  Contrary to the belief of some, I still get flushed above the beard line when I read things that had to be hard for writers to write, but even harder for the people they’ve written about, to read.

On THIS subject, Anne Lamott wasn’t totally wrong, but neither was she totally right.

So here I am, stuck in the middle of a day 12 conundrum, and a conundrum that will probably last for the rest of my writing life. Because while some people have it coming, in some cases, I have it coming more, and the bus I could easily throw some under, could just as easily be coming for me.

And here’s today’s question, “Is there something holding you back from writing the ‘whole truth’ about something?”  You know, conscience, legal considerations, friends or family you’re still speaking to.  Kick that around in your head, and get back to me with your answer.

Preferably, with all of the appropriate societal filters securely in place.

Talk to you tomorrow.