Archive for the tag “Almost Famous” 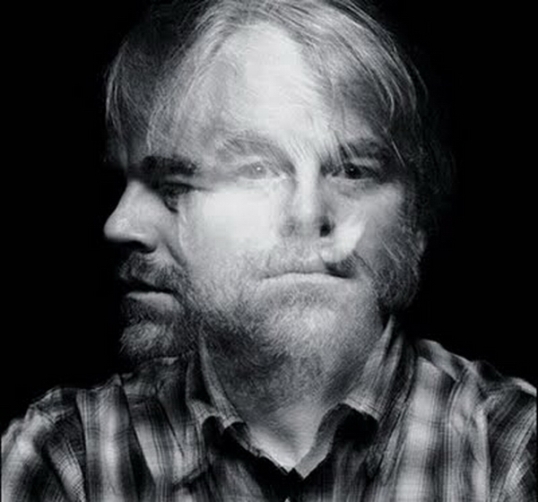 Philip Seymour Hoffman died with his conviction in his arm, hanging by a vein, for all the world to see.  He died as he lived… committed to his choices, his actions… his demons.  He knew the truth, and the truth set him free to follow his manifest destiny, in life and in death.  He was not cheated.  He lived, and died, life to the full.  He was beautiful… and ultimately, utterly fucked.  He was human.

In one of the I-lost-count-already number of Facebook posts (it is 11:19 a.m. Pacific Time as I write this) that inundated my news feed within the last hour of my Super Bowl Sunday morning… about the man’s untimely time and about his self-inflicted death… inevitably, one thread poster mentioned something about “self-medicating”.  True, I thought.  And truer, I thought next, that in some twisted respect, this famous dead actor was a braver man than I will ever be… if bravery can be measured in the foolishness of bad choices, based on a well-cultivated philosophy of “What the Fuck”.  My guess is, Philip Seymour Hoffman just had a bigger sack-full of “What the Fuck” between his legs than I do.  Because I’ve been told that I don’t know how commit to anything, and because, about a month ago, I took the coward’s way out, and handed back the keys to my addiction.

Maybe I just wasn’t as committed to the part as he was.

Obviously, a man who died with a needle hanging from his arm knew more about pain than I ever could in ten lifetimes.  But the sources of what drives the addict (and there’s no better, harsher, truer word in the dictionary that fits him) to fill up on death as a daily comfort against the realities of life, shows that Philip Seymour Hoffman… actor, sufferer, human… was more committed to his truth, more sold to the role he portrayed, than I ever was.

He died, committed to the pain.

So now, as I finish this piece almost no one will read, about the sad end of a man so many people thought they knew but didn’t, I still have 8 unopened bottles of wine on my kitchen counter.  I mention the wine, only because I drank all the beer, the bourbon, and the tequila, and the wine was all that was left when I handed over the keys last month.  If those bottles get opened, they get opened.  For now, they stand… and/or lie on their sides in their rack… as a monument to how I almost lived up to the promise that Philip Seymour Hoffman fulfilled.  I guess I really don’t know how to commit to anything, after all.

Like Loading...
Posted in That Writer Friday and tagged actor, addiction, Almost Famous, andsoitbeginsfilms.com, Capote, commitment, heroin overdose, pain, Philip Seymour Hoffman, philosophy, That Man Friday, this is an editorial, this is fucking depressing, what the fuck, Written by Bill Friday