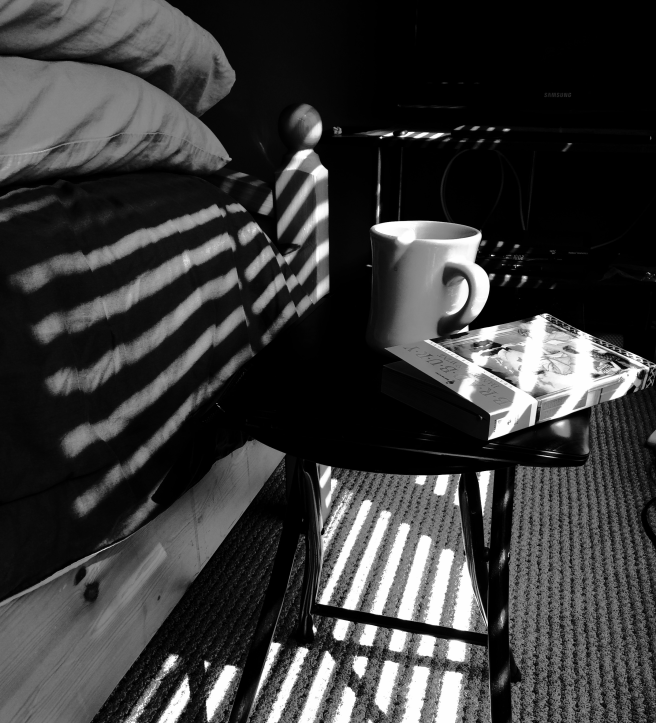 I seriously just had the most amazing experience.

First time I can ever remember a story becoming alive to me from the printed page.  Full of colors, and smells, and stars.

Then, it merged into another story I had read, elsewhere.  Full of heat, and death, and regret.

And the two stories became what I felt I’ve been living since I don’t know when.

That’s as deep as I’ve been in a while.

And I swear I have smoked no peyote.

Beard wearer. Bicycle rider. Forklift enthusiast. Poet. Audiobook narrator. Publisher. My latest book arrives summer of '20. I became a poet out of necessity when a bad case of writer's block forced me to use smaller words and write shorter sentences. I've written three full-length books of poetry under the name William S. Friday. The first two, A Death on Skunk Street and Between Love and Orgasms are published by Hostile 17 Print, a division of Silver Star Labs. My third, That Year I Died and Kept On Living Anyway will be available in June, 2018. This space is supposed to be for stuff that doesn't end up in print. We'll see how that goes. I live near the Pacific Ocean in Long Beach, California. View all posts by Bill Friday

5 thoughts on “Ray Bradbury, Albert Camus, and Me”

Go on, SAY IT... you know you want to. Cancel reply

As far as the eye can see…

Pick a word, any word…